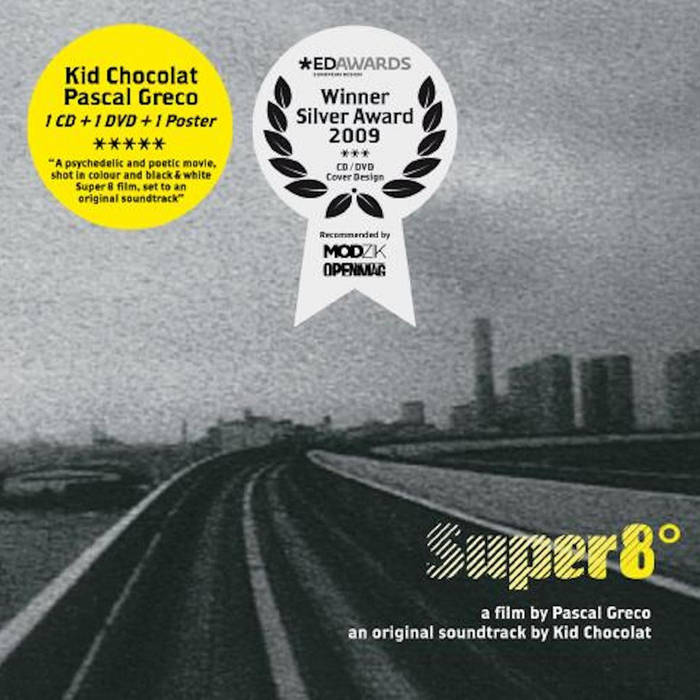 In the sixties, and more recently in the nineties, musicians and filmmakers worked together in order to make films inspired by music and vice versa.

Musician Kid Chocolat and filmmaker Pascal Greco have decided to bring this idea back to life and created Super 8, a concept soundtrack and film. The first one composed music for the second's images who adapted his montage which influenced again the musical composition.

The result ? A film shot in Super 8 (of course) without any digital alterations, which combines a warm atmosphere and a modern view. The soundtrack is made with rough materials and sparsely scored: guitars, vocals and synth are used to emphasize this strange universe.

The onlooker is confronted by tantalising glimpses of an enchantingly alien lifestyle. It's not so far from the work of Richard Lester with the Beatles or David Lynch with Angelo Badalamenti.

The Super 8 movie has some similarity with the visual moviw Koyannisqatsi set with a music by Philip Glass and produced by Copolla and Lucas in the early 80. Super8° is more than an album and more than a film, it's a genuine concept.

Available in both DVD and CD. Look or listen or both, it's a fascinating modern artwork to experience.