Life and Death of Romano Poal 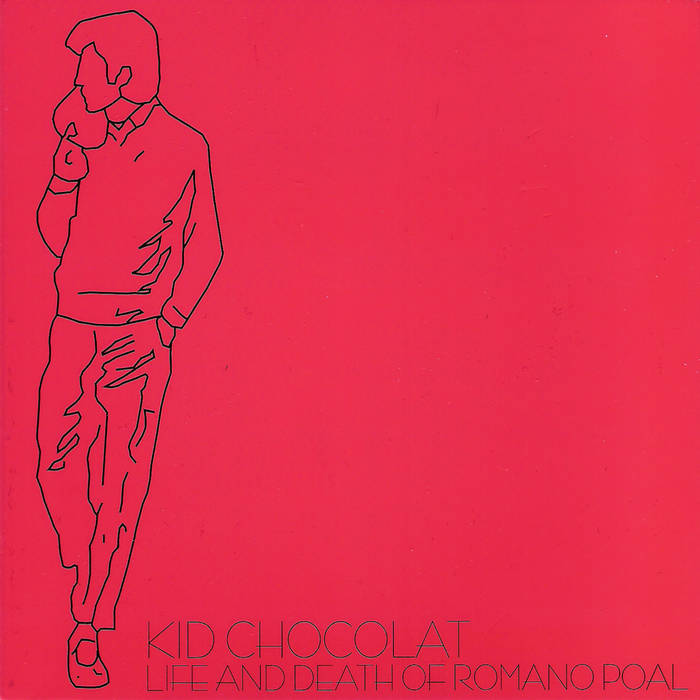 “Life and death of Romano Poal” is the musical interpretation of the existence of legendary ROMANO POAL, born in 1945 and die in 2001. Romano Poal worked all his life in music and specially wrote music for movies. In spite of his brilliant compositions, his career never had the success it deserved and he died completely anonymous. This release musically retraces the musical route and the biography of this brilliant but never understood artist, taking each part of his life and his story in chronological order. This musical biography takes all the samples and all he has done in his musical career chronologically to create this accomplished and minute work. With original ideas and a vivid imagination, Kid Chocolat creates a rich, incredible and explosive cocktail of electronic, pop and old-fashioned music. Combining warm samples of old movies, loops of old records, recorded conversations, atmospheres of other times, magic ambiences, happy and entertaining songs, dreamy emotional landscapes, imaginary ambiences, flashy melodies, groovy atmospherics, psychedelic punch, fragile samples, delicate and spatial enchanted atmospheres…. as well as electronics, voices, discreet guitars, synth, rhythms,…. Kid Chocolat has built entertaining and varied songs, which won’t give you a minute to breathe by their intensity and dynamics. This album definitely brings freshness and new colours in today’s world of electronic music, this is Romano Poal’s monumental empire.

1945 : Born on the 12th of April in Dublin, only son of John Poal and Valentin Fabbri

1955 : Studies musical notation, piano and guitar. Learns basic french and italian with the help of his mother

1957 : Listens to "Night Blues" on the radio sung by Ella Fitzgerald. Records this track on his little portable recorder and listens to it devoutly. Decides to become a musician.

1964 : Goes to London where he tries to get hired as a musician or engineer in a studio. Attends londonian parties and meets John Barry who finds him very charming and youthful. Barry proposes they work together.

1965 : Becomes Jack-Of-All-Trades for John Barry. Works on the Richard Lester's "The Knack... And How To Get It" original soundtrack. This film won "la Palme d'Or" in Cannes. Composes the main theme's bass line which was attributed to John Barry. Barry listens to one of his composition and uses it without the knowledge of Romano on his track *Space March".

1966 : Meets Dudley Moore and composes with him the original soundtrack of Stanley Donen's new film "Bedazzled". Records a french version of the main theme called "Morceau Endiablé". His relation with Moore becomes very strained and during a violent quarrel, Romano leaves the studio with his own recordings. Dudley Moores will claim all the credit for the composition of that soundtrack. Records with Peter Sellers who he met in parties, the track "Unchained Melody". Hopes that his first single will be released. Barry listens to the song and finds it very poorly produced and tells Romano that it's never going to be a hit. The track will never be released. Revolted and frustrated, Romano flies to the U.S. where he thinks he's going to make his fortune.

1967 : Arrives in N.Y.C and finds some work as a sound engineer int the Columbia 30th Street Studio for the Walter Wanderley and Luiz Henrique new album : "Popcorn".

1968 : At a moment's notice, takes place of bassist John Goldsby in the heart of the WDR Big Band for the recording of the Mannix's original soundtrack compised and conducted by Lalo Schifrin.

1969 : Producer Joel Dorn noticed his work and hired him for the recording of Jimmy Scott's new album "The Source". Has a fight with assistant engineer William Artl because of a vocal arrangement and gets sacked. Despite this incident, all the works done was made by Romano who'll not get the credit for the album. Unwanted in all the studios of the Big Apple, Romano flies to Paris where he works with François de Roubaix for the original soundtrack of Serge Korber's new film "l'Homme Orchestre" featuring Louis de Funès. The recording takes place in Boulogne-Billancourt at the Pathé-Marconi Studio.

1970 : Works with Ennio Morricone on the new Dario Argento's Horror film "Il Gatto A Nove Code". Makes all the bass lines and becomes personnal friend of the filmmaker who describes him as the best player the worl had ever known. Travels in Italy and pays his grand-parents Fabbri a visit.

1971 : His parents die in a car crash. Flies away to Los Angeles. Drunk and brokein a bar in Skid Row, Romano talks with a stranger who is desperatly looking for a catchy phrase to begin his first novel. Romano mentions the title of the sing he just finished "It Began As A Mistake". The stranger seems to appreciate what Romano proposed and shakes his hand. Romano, a few months later, will receive a book called "The Postman" with the followin dedication : "Thanks you for your help strange man, Charles Bukowski".

1972 : Back in Paris, the Pathé-Marconi Studio calls him to work on the Bernardo Bertolucci's film "Last Tango In Paris". The Composer Gato Barbieri could not stand the arrogance of Romano and makes him work on his own for a few minor scene such as the one where Maria Schneider shows Jean-Pierre Léaud around her childhood house. Drunk most of the time, Romano neverthelss composes a few tracks which will later be refused by Barbieri and Bertolucci.

1973 : Brian de Palma heard about him and asks him to produce in collaboration with Paul Williams the original soundtrack of the "Phantom Of The Paradise". The two men take it as a competition between themselves and finally Paul Williams won. De Palma feels that Romano's compositions are too minimalist. Disappointed and depressed, Romano gets back to Ireland.

1975 : Gets married with english dancer Natalie Sanders. Lives in Brighton. Dario Argento asks him to become newborn Asia's godfather. Herefuses for fear of the responsabilities.

1979 : During the shooting of "quadrophenia", Phil Daniels, aged 21, recognizes Romano in Brighton's Streets ans ask him for an autograph. Touched by such honour, Romano spends a lot of time with Daniels who became a close friend.

1981 : Natalie Sanders dies of an overdose. Romano feels responsible and gets back in Los Angeles, where he works with Henry Mancini for the soundtrack of Blake Edwards' film "Victor, Victoria". Strikes up a friendship with Julie Andrews who finds him very attractive. Romano is drunk most of the time, he also takes a lot of heroin. Blake Edwards fires him. This will be the last time that he works in a studio.

1983 : After a very hard recovery, he retires in Switzerlan near Geneva where he works as a doorman in a palace.

2001 : Dies of an heart attack the 26th of March in total insignificance.